Running with Lions in South Africa

I had studied abroad in South Africa tens years ago and was eager to take my husband and my new son to see the country I thought about living in forever! So Otto had his four month birthday in a tiny surf town on the southern coast. Now, taking a baby to a destination that takes over 30 hours to get to when he is too young to wear sunscreen or bug spray might sound ambitious.

Important things we learned about traveling to South Africa.

Otto was not even 8 weeks old when we took him to get his passport pictures. We expedited it just to make sure we would get it in time for our trip. We may be sleep deprived parents but we were savvy travelers. Not so. As we went to board the plane in London we were asked for his Birth Certificate, which was at home, in a backpack in the closet in San Francisco! We begged and pleaded and finally the gate agent told us they would let us board but it was likely we would be turned around at customs in South Africa. Talk about a stressful flight! We were on our second red eye in two days and now we had to worry about flying ten more hours only to be turned around. Lucky for us, the custom’s agent allowed us to show them a picture of the birth certificate on our phone!  Apparently they worry about human trafficking so they need identification with both parents names.

We started our trip by flying to Port Elizabeth from Johannesburg.  It was a bit ridiculous to get off the flight from London to immediately board another airplane, but we knew we didn’t want to stay in Johannesburg.  We were also shocked and relieved to be allowed into the country we barely noticed that the airline lost our luggage and that we were about to experience the most turbulent flight of my life!

We AirB&B a small room in Port Elizabeth for $17! The host was extremely nice, sat us down and talked to us about his efforts in sustainable building and architecture.  He also had great suggestions for the evening, too bad we were too exhausted.  We grabbed some quick pasta along the ocean and fell into a deep slumber.  The following morning we had an amazing brunch in a cute little part of the city and we were on our way.  Kwandwe was costing us an arm and a leg so we were going to get there the very second we were allowed.

We wanted to go on a safari! There was no away we were going all the way to South Africa and not see animals.  Kevin and I spent our honeymoon volunteering with elephants in Thailand, so animals are a major highlight.  Kruger National Park is the premier safari destination, but it also has malaria.  We opted to stick with the Eastern Cape and went to Kwandwe Private Game Reserve.  It was one of the most luxurious experiences I’ve ever had.  Unfortunately we could only stay for two nights because two nights was the equivalent to a months rent in San Francisco.  But it included Childcare! In the morning, Pinky would come to our room and grab Otto while we boarded the jeeps for our twice daily safari.  We saw every animal I had seen in Kruger years before and it was every bit as beautiful.  Unfortunately I forgot my pump! I spent a good forty minutes each night on the bathroom floor hand expressing my milk. Ouch!

This was something I was not expecting.  Having not had a baby last time I was in South Africa and living in San Francisco where people will more likely gawk over your dog than your baby, I was slightly freaked out.  We chalked it up to the money we were spending at Kwandwe that people were showing such an interest in our baby.  However, when we ventured out to the rest of the country it was exactly the same.  Women would squeal from miles away, run over and ask if they can bring my baby to show their friends!  Men would offer to walk our baby around the restaurants so we could eat.  Take advantage of it, just keep that baby in sight.

From Kwandwe we drove the Garden Route.  It actually felt quite safe, just don’t drive after dark (or stop at traffic lights, or roll down your window, you get the idea).  Luckily there are a ton of small towns along the way to seek refuge and explore for the night.

This town, with it’s pristine beaches, surf shops and great restaurants is right on the Garden Route.  We only allowed ourselves two nights and because my husband wanted to Bungy Jump that took most of our time.  However, we still managed breakfast mimosa’s overlooking the water.  We also stayed in a Backpacker’s Lodge.  With our $17 dollar AB&B the first evening we were trying to balance our trip out with affordable lodging.  Nothando Backpackers was perfect for us.  At $30 dollars a night for a private room with a private bath it was basic but perfect for us.  One of the employees cooked a Braai (BBQ) out back and it was a very welcoming and social crowd.  They have a great little bar, hammocks, picnic tables and a big fire place.  They also have a kitchen you can use if you want.  Otto was a hit, letting all of the guests know they don’t have to stop traveling once they have a baby.  As a bonus, Otto woke up on his four month birthday and rolled over- both ways! (And then didn’t do it again for another two months). We also walked from the Lodge to the ocean, not a quick walk but it felt safe.

Side Note: Bloukrans Bungy- Face Adrenaline is the tallest Bungy Jump in the world and (concerningly) affordable. You will drive over it on the bridge on the way to Plett. My husband did this and Otto and I watched!

If I can offer any comparison of South Africa it would be to the Bay Area.  The surfing towns, wine country, Cape Town with the fog that rolls in and blankets Table Mountain to the farm to table food choices and diversity. Kevin and I were very excited to visit wine country as that is one of our favorite activities to do in the Bay Area. Stellenbosch and Franschhoek would be the Napa and Sonoma of South Africa.  The Main Street in Franschhoek has many shops and restaurants with beautiful people and expensive cars. As you get into Stellenbosch you notice a lot of Dutch Influence with thatched roofs and more people speaking Afrikaans.  There is also a college in this town so you can find some cool coffee shops and breweries on the main strip.  The wineries are meticulously landscaped and the wines tend to be more expensive in this region. You have to try the Pinotage.  You have wine farms as opposed to wine vineyards.  One of my favorite activities of our trip was a picnic at the wine farm.  You are given a basket with fresh bread, cheese, charcuterie and other little snacks and you can buy a bottle of wine.  The baby can sprawl out.

We used our free night from Hotels.com and booked a room at Wedgeview Country House and Spa.  We also asked them to arrange for childcare for Otto so Kevin and I could enjoy an evening at a nice restaurant.  We like to celebrate our anniversary every single month.  The pregnant girlfriend of the hotel manager stayed with our baby in our hotel room.  I know that many people would be too afraid to leave their child with a stranger but it seemed like a reputable hotel and we went with our gut.

In the Bay Area Kevin and I prefer Santa Rosa and Healdsburg to Napa and Sonoma. So it was no surprise that we preferred Stanford and Hermanus with its smaller family run wine farms, amazing restaurants, windy roads through the vineyards and valley views. Our friends had recently visited South Africa and stayed in Stanford at a wine farm they felt we had to check out.  We weren’t even planning on visiting this town but this area is amazing and the White Water Farm was one of our favorite places we stayed.  Its nice to remain flexible and open to suggestions!  The extremely friendly owners have an amazing restaurant, a glorious crew of pups and a full working farm.  The suite we stayed in was surprisingly roomy and I loved the french farm aesthetic.  It is a great place to start your vineyard tours and if you don’t get enough wine at the numerous wineries in the region then grab another bottle from their honor bar.  They even made sure Otto felt right at home with a little crib and blanket.

My San Francisco of Africa.  Though Cape Town has a boat load of awesome activities for the adrenaline junky, we ended up spending the majority of our time eating our way through the city.  We rented a small apartment on Bree Street, with a community pool, a great view of Lion’s Head and close enough to hear the call to prayer from Bo-Kaap, for about 70 American dollars. We walked everywhere, though you can take an uber.  I don’t know if I would recommend walking around at night but with a baby by evening we were ready to return home.  It was also the hottest days of the year, so we spent a majority of the day in Truth Coffee, with their awesome coffee, little mister’s, steam punk vibe and cold beer.  We would find amazing places to eat and then pick up a bottle of wine for the evening, sit by the pool and talk about how amazing the food is, how its just as good as San Francisco’s and about how cheap it all is.

I would recommend Robben Island, though we did not do this with the baby.  It is the island where Nelson Mandela was held for 26 years.  It requires a boat ride out to the island for a tour.  It is a museum now.  (Doesn’t that sound a lot like Alcatraz?) We visited the District 6 museum (Aparthied Museum), De Waterkant ( a fancy mall on the water with chain restaurants and retail) and took day trips out of the city.  It’s funny, when we were in the most crowded place we had the least interactions with people. 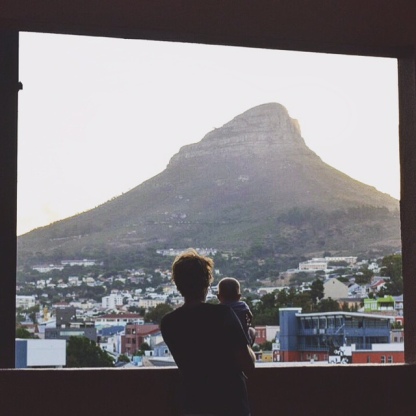 Lion’s Head from our Airbnb 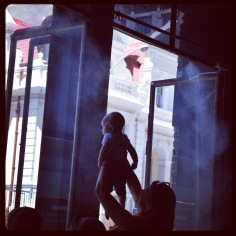 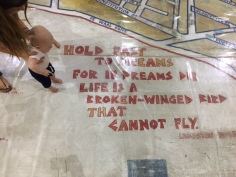 One day we decided to take a road trip to the most South-Western point of Africa, the Cape of Good Hope.  Mostly so Kevin could see it and I could see the penguins in Simon’s Town.

Overall South Africa was an awesome destination for a four month old.

Phil and Teds travel bassinet was a life saver.  Otto is used to sleeping in it, and keeping a consistent bed at home and while traveling helped him feel more comfortable.  It’s also really functional, comfortable for Otto, and packs away small enough to easily cary on a plane!

This is a text widget, which allows you to add text or HTML to your sidebar. You can use them to display text, links, images, HTML, or a combination of these. Edit them in the Widget section of the Customizer.
%d bloggers like this: